The plan was to leave Salt Lake City bright and early. However,  since a thunderstorm stopped us from ziplining yesterday,  we decided to do it today. Our adventure actually started at noon, as that was the earliest available time slot.
I didn't love going up to the tip top of a mountain on a chair lift, or walking the top of said mountain,  but I did really enjoy the actual ziplining!
We went on a short practice zipline first, then a series of 4 other lines, totally around 1.86 miles. We went down 2,100 feet.
They told us we could get going up to 70mph on the last stretch, which was 3,871 feet.  I loved that; I tucked my knees up and went as fast as I could. What fun that part was!
We then had lunch at Culvers. That felt like home! (I am missing WI now!)
We headed to Denver. After about 5 hours we drove into some thunderstorms. Thunderstorms at night in the mountains was not great. I greatly dislike wipers that don't work perfectly,  so we stopped at a Walmart. They didn't have what I wanted so we went to AutoZone. That was great because the guy there put them on the car for me.  He also told me he thought it would be snowing up in the pass; he wouldn't drive to Denver in this weather. Lauren and I weren't super thrilled either, so we called around and found a hotel.
The crazy thing is we had already booked a hotel in Denver. Then a few hours later when we had phone service again, we saw it had bad reviews, and canceled it.  Then booked a second hotel in Denver (we had to call a lot of hotels to even find a room.) Then I had to call and cancel that one too. They waived the cancelation fee since we hit bad weather, so that's nice at least.
Despite hitting bad weather,  we did see a beautiful glimpse of Colorado first.
All in all, a crazy day. 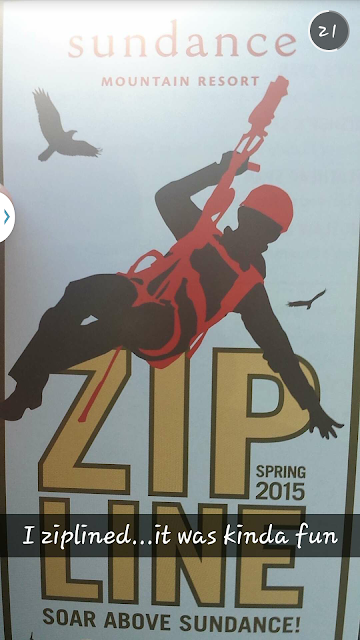 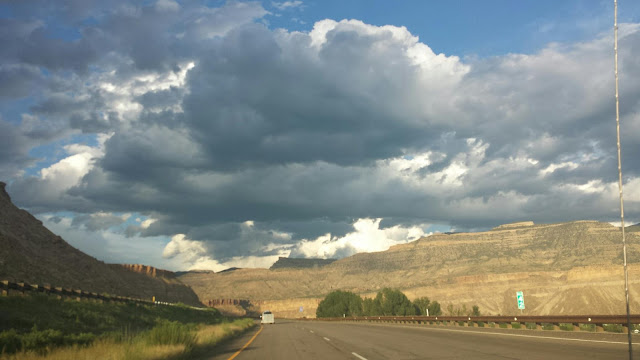 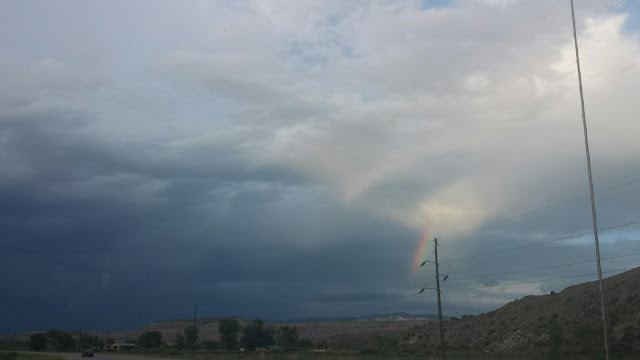 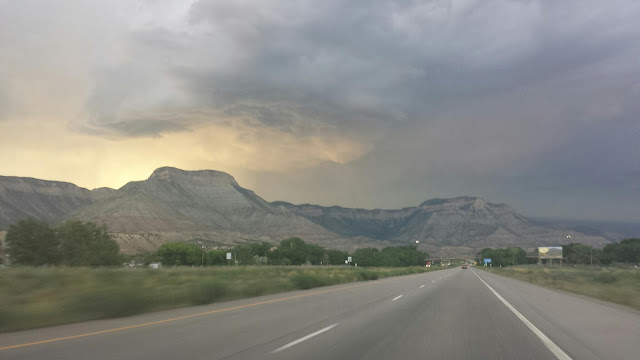